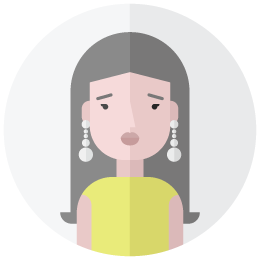 A lot of people are afraid of needles. If you’re one of them, you may have developed a habit of avoiding things that involve needles, like flu shots or giving blood. One thing that you no longer have to avoid is going to the dentist. As it turns out, there are now techniques to help lessen the discomfort for people who are frightened by needles and drills. No-needle dentists use a needle-free injector device to administer anesthesia without causing distress to fearful patients. I’ve experienced needle-free dentistry myself, and I can tell you that it’s definitely a welcome change. I started this blog to talk about different dental techniques and equipment that improve the dental care experience for patients. Fear of the dentist may soon be a thing of the past.

For some time now, e-cigarettes have been hailed as healthy alternatives to their conventional counterparts. It is true that electronic cigarettes contain fewer chemical compounds than traditional cigarettes, but this doesn't mean the former are harmless. Of particular concern is nicotine, which is abundant in e-cigarettes and poses different oral health concerns, such as:

Gum recession is a common general dental problem in which the margins of gum tissues pulls back or wears away to expose previously covered parts of the tooth. This is dangerous since it exposes the tooth's root to attack from disease-causing bacteria. This happens since the nicotine constricts the blood vessels in your oral tissues, reducing the flow of blood and starving the gum tissues of their much-needed nutrients. This is known as vasoconstriction, and together with the sticky nature of nicotine (which forms a difficult-to-remove plaque), they cause gum recession.

Just like other diseases, it's easier to treat gum disease if it's just beginning as compared to treating a fully-fledged disease. For example, you may need flap surgery if your gum disease has progressed to a point where deep cleaning and medications have failed to arrest the disease. Thus, it's in your best interest to detect the condition as early as possible.

Unfortunately, nicotine reduces the vitality of your gum tissues, which make them less likely to swell and bleed when they are irritated for example when you brush. Bleeding and swelling are early signs of gum disease, but they won't be present if nicotine has damaged your gum tissues. Thus, you may think you have healthy gum tissues whereas the nicotine in your e-cigarettes is just masking the symptoms.

Bruxism refers to chronic teeth grinding, clenching or gnashing. It leads to multiple health complications, including teeth damage, headache and facial pain. The National Institutes of Health has linked increased rates of bruxism and nicotine intake. The exact nature of the relationship may not be known, but the link is there for both users of traditional and electronic cigarettes, which point to nicotine as the causative factor.

Thus, if you have been using e-cigarettes to escape the harmful effects of traditional smoking, you are not out of the woods yet. Nicotine is a common factor in both varieties of cigarettes, and its harmful effects on oral health have been discussed above. Therefore, you still need to be vigilant about your oral health and follow your dentist's advice to the letter.